Walt Disney World has a magic that makes anyone; of any age feel like a kid again. This is no more evident than when you get to meet a character in one of the Disney Parks.

We’re grown adults, we KNOW there’s a Cast Member INSIDE that suit. It’s not really Snow White, or Eeyore or Chewbacca or even Mickey. Heck, I’m pretty sure our kids know that too.

But, it doesn’t matter – not in that moment, in that park. For that rare occasion when we allow ourselves to give in to our imagination, we are WITH those characters.

It happens to the best of us!

As I continue to plan our DADventure to Disney World this fall, I’m most excited thinking about the reactions of my Littles (5, 3, and 1) when they come face to face with these characters we’ve been studying and celebrating of over a year.

I’ve tested the kids out with characters at a local minor league baseball game. [DADventure Disney: Prepping The Kids For Disney World] They did GREAT and so I know I’m not going to have too much resistance from them.

I’ve been researching the best spots, the best meals, the best chances we’re going to have to meet some of our favorite characters. Since, it’s my job here at DD to share what I learn with you, my faithful reader, that’s what I aim to do today.

Following are the tips and tricks I’ve gathered about meeting characters at Walt Disney World, including some from a few former Cast Members and Character Performers!

A HUGE shout out to my friends all around Instagram for sharing their ideas and favorite character meeting photos with us for this story! 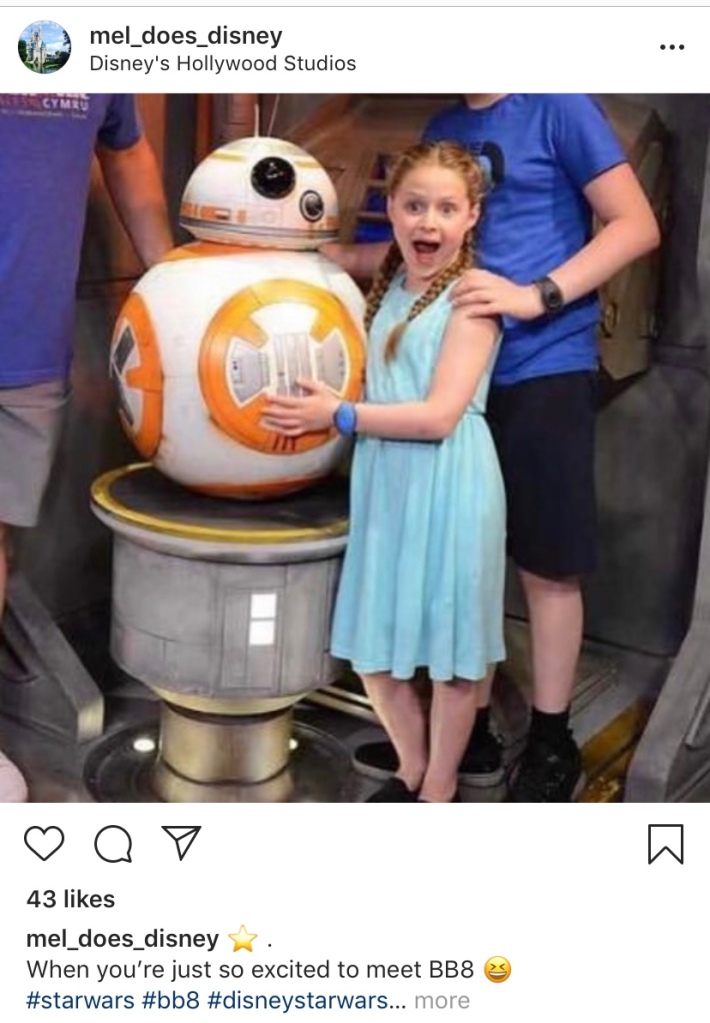 Be sure to check out our comprehensive list of where to find almost EVERY character in the Walt Disney World Parks!

Gone are the days we remember from our childhood when the characters were all freely roaming around the parks. Nowadays, most of the characters are hidden on the end of a long waiting queue. This is especially true for the big names like Mickey, Minnie or any of the Princesses.

You will still find some characters walking around, but even when they are, there is a large group of people all waiting their turns for a high-five or hug. 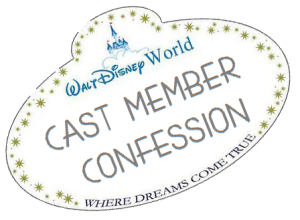 Characters have Cast Members called Character Attendants and/or Hosts there to help them AND you. Be kind to them and they’ll be sure to let you and your Littles have a fun interaction.

If meeting characters who roam the streets is your thing, get there early! Once parades start, you most likely won’t see many characters in the park because they will be in the Parade instead.

The best way to avoid a line is to get a FastPass+ whenever it’s available.

If you aren’t on the Memory Maker Photo Plan, don’t take the whole time in line to realize you don’t have your phone open and ready to go when it’s your turn to step up and meet the character.

That very first reaction of your kid isn’t going to happen again. Don’t miss it cause you’ve mentally checked out for a few minutes!

Dine With The Characters

We have a whole section on our Character Meet page that details which characters are at which meal. Check it out!

Have SOMETHING For The Kids & Characters To Talk About

Our friends on Instagram had a LOT to say about making it fun when meeting the characters!

@mamaandminnieme: Bring something fun for the characters to sign that can help you remember your trip for years after. We brought a picture of the castle for our honeymoon. And we did a throw pillowcase for my daughter’s room this last trip.

DADventure Tip: My amazing Sister-In-Law and her family gifted my three Littles autograph books for us to bring on our DADventure. AWESOME gift! Ours are on Amazon for $13.58.

@must.love.mickey: The characters who speak are sooo good at ad libbing, if you can even make reference to something in their movies, they can just go and go. Just a tip for my fellow introverts.

@djoekee: Dress like the character you wanna meet or wear a shirt / bag with their photo on it. It will give you the best interactions. Also, try to think of a pose you wanna do with them! They love creativity. 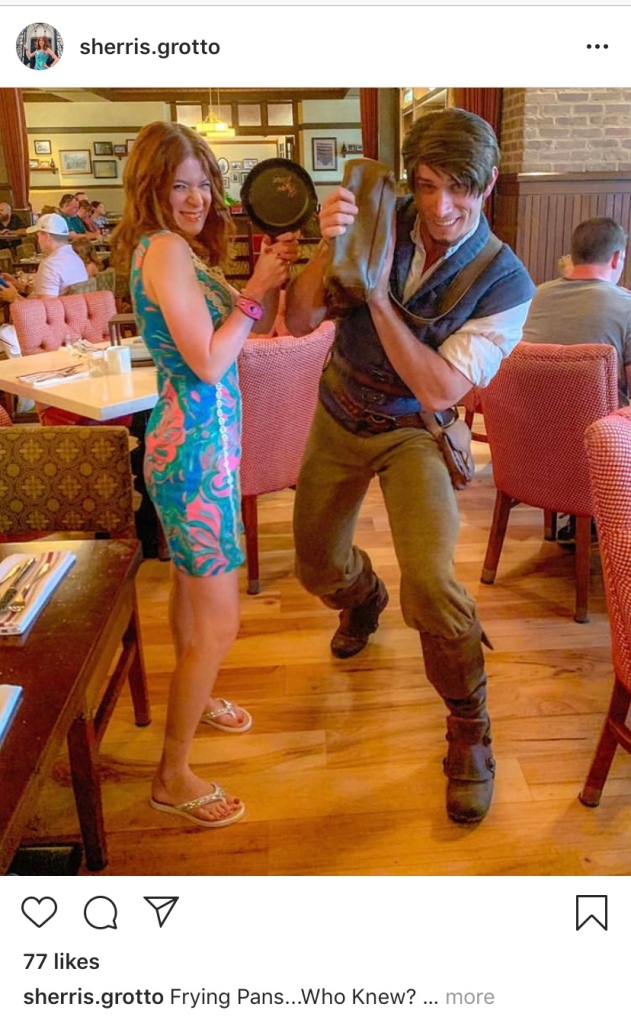 @suburbandisneymom: My daughter revved herself up for over a month. Because she wanted to say “cheeky” to Mary Poppins. MP loved it

So, when asking them to go and say hello to a 6.5-foot tall Goofy, let them tell YOU how it’s going to go.

Don’t force little kids to meet the characters if they don’t want to.

It doesn’t make for a fun experience for anyone.

Keep this in mind, no matter how badly you want the PERFECT Instagram shot, not everyone likes to hug!

Don’t force them to go in straight away and hug the character! Let them ease into it, sometimes they may cling to the parent and that’s perfectly fine. Try to get them to start off with maybe a hand shake or a hi-five!

With the really little kids, make sure you’re happy to get your photo with the character too.

If you can hold your kid, or hold their hand, while they go in and meet the character – make that the photo.

Know Which Characters are Around, When, and Where!

Sure, we have a HUGE list of all the Disney World characters in the parks. But I can’t tell you exactly who and on what day and where. But Disney will try!

They have paper time schedules when you walk in the parks and the My Disney Experience Mobile App has all the characters on their interactive maps, too!

The more informed you can be, the better expectations you can set for your kids on who they will be able to meet.

Remember, This Is About The KIDS!

We live in an Instagram world. I get it. Hey, I’m a proud member of this world. But don’t force your kids to be little mini models in the parks. This is their vacation too.

Yeah, they want to meet the characters, but they don’t want to stand and pose for the glamor shot of your dreams.

Be IN the moment with your kids. Share in the joy that they’re meeting some of their heroes. If you spend your entire vacation behind your phone screen, you’re going to miss the experiences that are literally right in front of your face.

Character Palooza is an UNLISTED character meet and greet. It happens around 4pm – 7pm. They change up the day and the location in Hollywood Studios and it all depends on crowd size. This happens on any day that Fantasmic is happening. It’s a group of characters (a few to 10 maybe) that will be in the finale of Fantasmic later on in the evening. So, you may get to see characters that very rarely show up in the parks. You just never know when or where it will be – it just POPs up! Be ready! Even the Cast Members won’t let you in on anything about it – they pretend they don’t know!

There you go! What are your tips for meeting characters? Which characters are YOUR favorite to interact with? Have any funny stories? Share them with us, hit the comments or tag us on Instagram or Facebook!

Thanks for reading and keep enjoying the DADventure!

Keep the Conversation Going - What do you think? Cancel reply